Penny is Chairman, Manager, and an active volunteer in the Flying Angel Centre and has also qualified as a Ship Welfare Visitor. She has been employed at A&P Falmouth (a commercial shiprepair company) since 1977 and was one of the first PAs in the UK to achieve the Highflyers Personal Assistant Diploma. In June 2010 at Gray’s Inn London, Penny graduated as a Fellow of the Institute of Administrative Management. In her capacity as Chairman of Falmouth Mission she has appeared on Songs of Praise, when the Programme visited The Flying Angel Centre. In June 2012 Penny was awarded the Merchant Navy Welfare Board’s Award for Services to Seafarers and a Merit Award from Falmouth Harbour Commissioners in December 2012 for services to seafarers and the Port of Falmouth. Penny is a keen sports fan, a “Trekkie” (Star Trek first series) and loves opera. 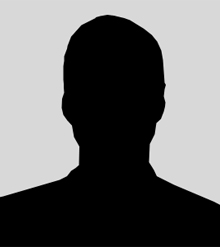 Graham is an ex-seafarer himself and had spent x amount of time at sea in various catering roles trvelling the world. Graham is an active volunteer and likes to spend his spare time painting, which cover a variety of topics such as seascapes, ships, aeroplanes and fluffy animals. 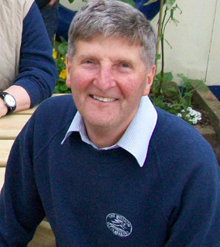 Jon was born in Falmouth in 1941, went to sea in ’59 as a Cadet, invalided out, and, to his total surprise, found God loved him and was Calling him! Was Ordained Priest in’67, joined the Missions to Seamen in’69 -’76, retired from full time Parish work in Cornwall in 2001. Rejoined the Mission to Seafarers in 2004 in Plymouth, and, since then, in Falmouth and Penzance as hon chaplain.

Room for one more person width wise or we can stacke further volunteers underneath. It would be neat to get the text for each person at roughly similar lengths. If you’ve only three people can put a side panel down the right or extend the width of each column.